Zucco died this morning or late last night some time.
We are heart broken. 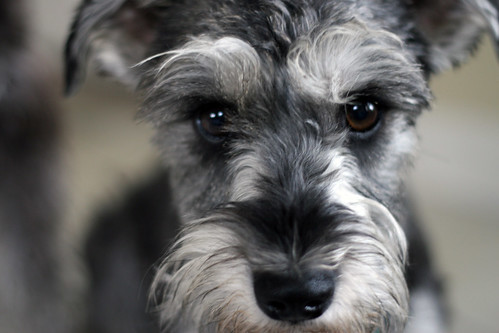 He will be dearly missed. Zucco was a sweet soul and from the moment we got him he had our hearts. We rescued Zucco. He was a skinny and sad little dog and we weren’t sure if he was just neglected or if he was sick. He had been abandoned, left in a crate along the roadside in the middle of Nevada. We found him via an online pet rescue site. I immediately called the rescue shelter and told them that we had a Schnauzer, that our neighbors had schnauzers and that we had been thinking about getting another but didn’t want to go thru a breeder this time. There are just too many dogs out there that need homes.
Everyone who met Zu-buddy always said he had ‘old man eyes’. He did. He had these big brown eyes that seemed to be very wisdom filled. I often wondered what his life was like before we got him, we will never know. But what I do know is what his life was like while we had him….

He was a runner, boy howdy could Zucco run. 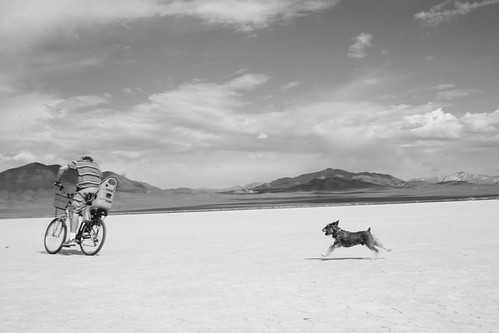 When we first brought him home he would dig out of the yard at least once a week (at least). Cloe, not one to be left out of an adventure, would follow him. But, after a particularly long and scary escape he just stopped trying to get out and realized that he had a good thing going here- food, water, a bed. 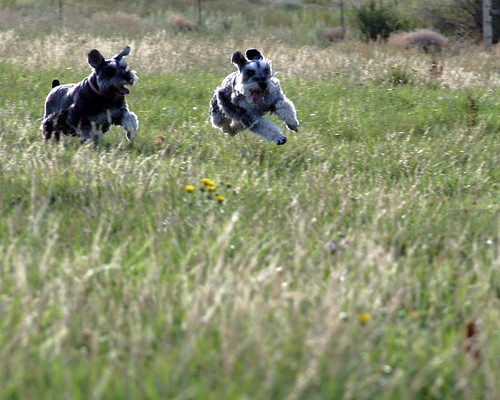 Once we got him trained enough we started to take him to the leash free park near our house. He was like a flash of silver fur up there. He would be half way across the field hardly before the clasp of the leash was unhooked. He was fast and springy and could almost keep up with the whippet that was often at the park when we were.

He was a lover. 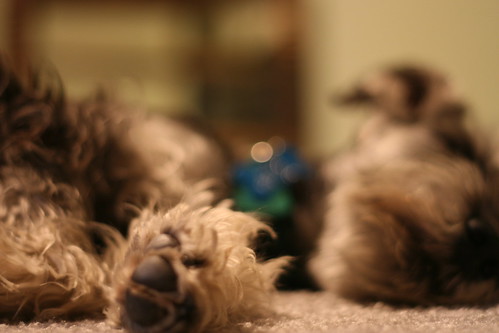 In the mornings I would wake up to see four little paws sticking out of the covers next to Daddy-O. He would be snuggled in and happily spooning with his buddy. Zu always loved to curl up in your lap if you would let him. He was polite about it though and would wait until he was invited. He did this funny thing where he would stare at you and kind of growl-bark at you until you told him to stay on the floor or invite him up on the couch. It was pretty funny and tripped out company when he did it. He also knew how to ask for his food, “arrr-rowrowrow”, speaking like Daddy-O had taught him.

He was good with the baby, although recently had started to not be sure about the crawling and exuberant patting that he was getting from Mr. O, he would just hang out and let him play drums on his belly.

One of his best attributes though was that he put up with Cloe-girl and all her alpha-dog ways. He was patient and sweet. When they got going in the back yard or doing loops around the house race track style, he knew how to go just fast enough to keep her interested and playing even though he was much faster then her (such a gentleman). I will miss those crazy bark fest chases they would have around the kitchen into the living room around the front landing, into the dinning room and back into the kitchen- skidding out as they hit the linoleum floors. 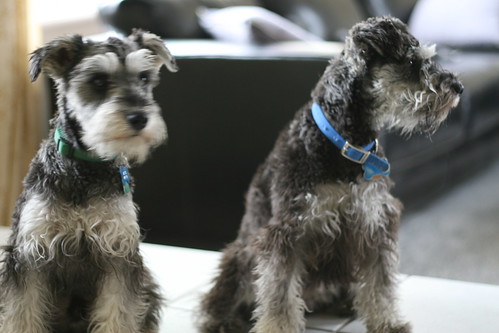 (Zucco on the left, Cloe on the right)

I am going to miss this dog. I hope we gave him a good life while he was with us But most of all I hope he didn’t suffer too much yesterday before he passed. We really had no idea that he was that sick. He had been chasing birds in the back yard at noon and was gone when we got up this morning. 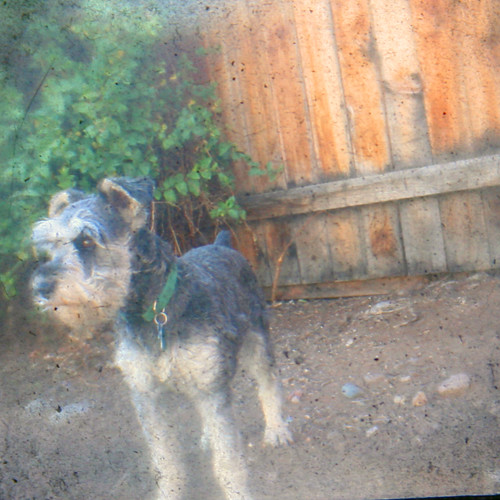