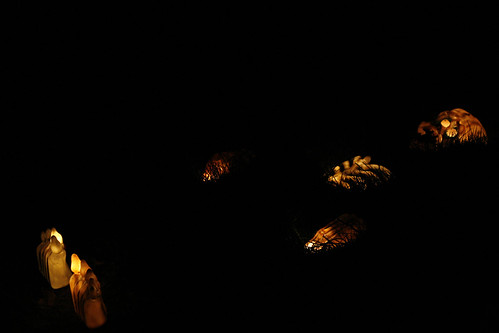 Most parents are probably not into the peer pressure gig. It means trouble most of the time, “If everyone else jumped off a bridge, would you too”? sorta stuff. I am sure I will be there soon enough, asking that very (stoopid adult type question). But when you live in a house with an extremely stubborn two year old (and what two year old isn’t?) the whole concept of “everyone else is doing it” works for me.

You see, if all the other kids aren’t using a binky all day he won’t either or if they fall asleep at nap time he probably will too. If the other kids are going in the potty, he wants to try it out and knuckle bump you when he does the deed. And last night, after a 3.day.in.a.row.no.nap.taking, diaper change induced, kicking, screaming, tear-fest I could use all the peer pressure I could get. Because, what mom and dad say at that point doesn’t matter one single M&M bit. I was at the point of me telling Daddy-O, as we were trying to shove the poor kid’s arm in his pumpkin sleeve, “We want to do this more than he does. Let’s let it go until next year when he gets the whole thing a little more.”

But, when O. saw his buddy from  down the street wearing her pretty fairy costume telling stories of getting chocolate by just knocking on doors, well he FINALLY decided it was okay to slip that pumpkin costume on and get down to business. 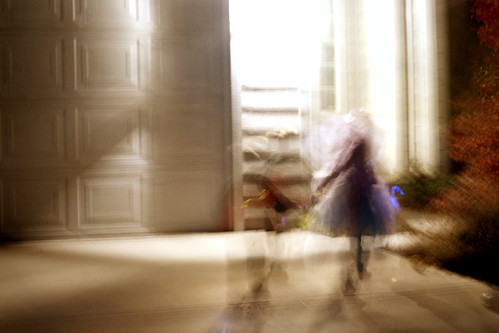 Thanks to a little peer pressure O ‘got it’ and he didn’t let go of that sweet little tulle and wing wearing girl’s hand all evening long. M was happy to drag our little guy around the block and show him the ropes. And our hearts melted about as fast as a hershy bar does in your hand.

It turned out to be a pretty sweet evening after all and our grouchy little pumpkin turned his frown upside down…(and got a little chocolate too!)