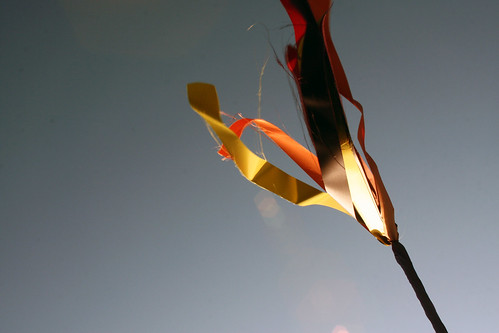 I’m back. We had been in San Diego for the past week.

Mind you this wasn’t really a vacation- there were workshops to attend and awards to receive. But we did manage to squeeze in some family and friends while we were down there and that was great. It was the 28th annual ESRI International User’s Conference and so hubby and I decided to make on last trip before we are home bound for a bit. We are both in the same field/line of work and this conference is a big deal for us. I have been to about 4 or 5 now and every year it blows my mind at how big and how much information is floating around. 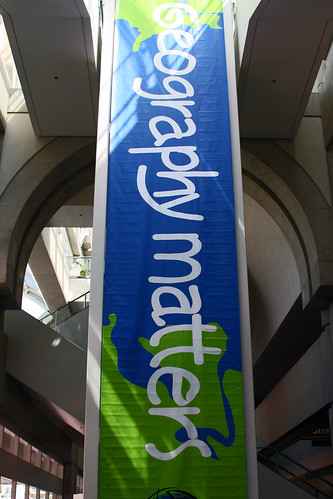 You may not realize just how true that sign in the picture above is. With technology like Google Earth and GPS units in cars, geography has been brought right into your every day vernacular and life. And it has helped to make jobs like mine more mainstream and understandable to the general public. Geography really does matter. 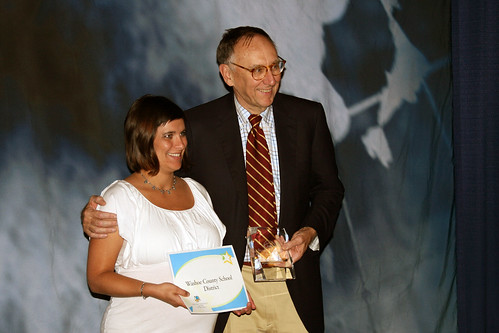 One of the biggest factors in me heading down to San Diego at 9 months pregnant was that I won an award. Special Achievement in GIS. This is a big deal. There were over 14,000 people at the conference this year and thousands more using the software and technology around the globe. Only about 160 of us were chosen as special achievers for our work. I was honored and humbled. The coolest part was getting to shake hands with Jack Dangermond. He is the big daddy of GIS, owner and founder of the ESRI company. To meet him, even for a few seconds was very cool. 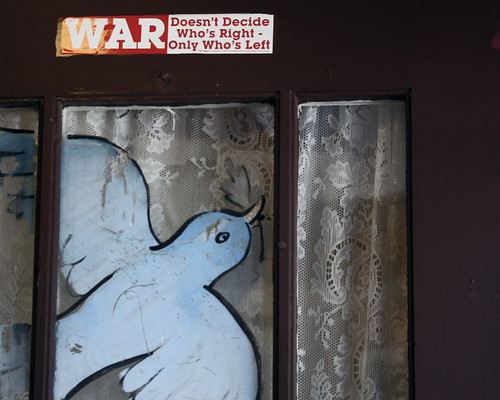 On Friday there were really no classes left for us to take so we slept in a bit and then picked up a few other GIS people from Reno that we ran into for breakfast. We headed over to The Big Kitchen for breakfast. mmmmmm. If you are familiar with Truckee and it’s infamous Squeeze In you will feel right at home at Big Kitchen. (only you won’t have to fork over quite as much cash for an omelet) We headed over to PB to put our feet in the cool ocean water and get some sand between our toes. It was crowded and colorful. 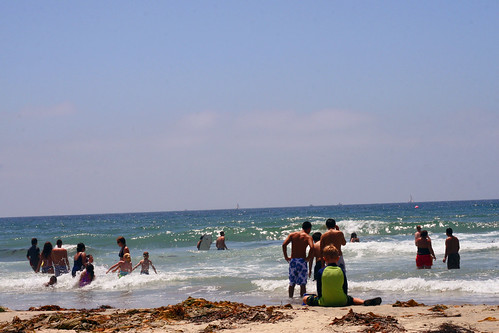 It was a great trip but man am I happy to be home… and don’t worry, I didn’t break Big Kitchen’s Rule #2 while I was there….