It’s the kind of weekend where there isn’t much going on and the weather makes you want to sit inside, watch TV, play words with friends and drink hot tea all day long. Problem is, we have watched Cars about a million times and there isn’t much else on the tube *until 3 or so when the football game starts*, there is only one iPod touch and I am over fighting with O about who gets to play it next and hot tea and kids just don’t work very well.
So what’s a mom to do?
I remembered a few months ago that I had pinned a recipe for play dough over on pintrest.
Supposedly, this is the best homemade dough recipe there is. Why not give it a whirl? 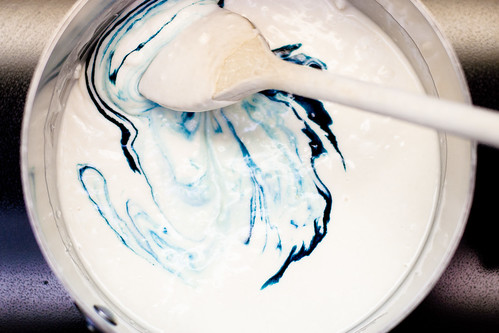 I didn’t read the instructions all the way through and hadn’t realized that you needed to actually cook the concoction after mixing up all the ingredients I started to get a bit nervous. I had a vat of goo that didn’t seem to be thickening. One more quick trip back to the original post and I realized that you had to put the slop into a pan and heat it up until it thickens. 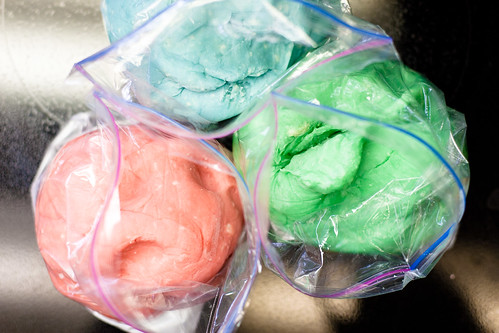 Good thing I have been working out because there was a heck of a lot of stirring involved. I was really worried the stuff was going to burn to the bottom of the pot. It didn’t, but don’t take your eyes or your spoon away for a minute.I also had it in my head that the boy would be able to play with it right away, but the finished product was almost to hot for me to handle and transfer into a ball and then into the bag. 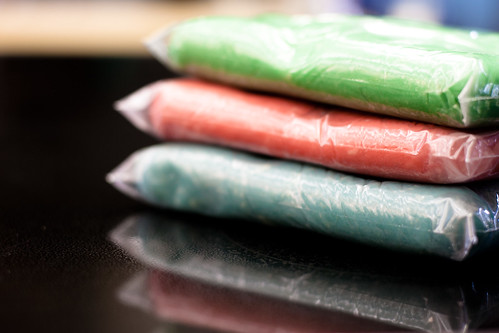 O settled on three colors, red, green, and blue. I put about two cups of the mixture in each of the color batches. Each one filled a sandwich zippy bag perfectly. I think after nap time it should be at room temperature and ready for play.