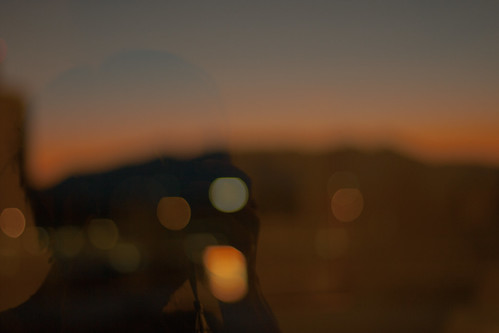 Thanks to my mom who took the littles for a sleep over, we slipped away to Lake Tahoe for a bit of music and a night without kids. 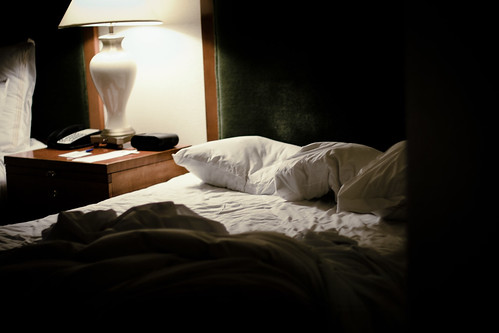 In the morning we had breakfast, visited over coffee and took an random walk. These are the sort of things that have been pushed aside in the past year, those quiet moments together without a lot of distraction.
After, we got in our separate cars and headed out for our own adventures. He, to play golf and be with the kids. Me, to head into the Bay Area and have a solo 24 hours in the city. 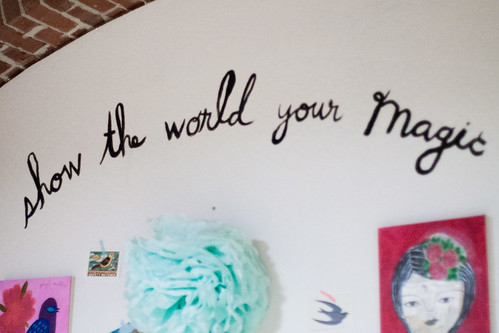 I got into the Bay Area a lot earlier than I had planned, I took a nap in the big king sized bed and didn’t feel one bit of guilty about it. I then got ready, pulled on my big-girl-driving-in-the-city-pants, and headed out to the art class I was taking at Teahouse Studios in Berkely.

These two shots were taken by others in the class, one of me working and one of my work.
This is such an easy process and I am really looking forward to attempting it at home- I like that I don’t need to go out and buy a lot of new supplies and that the it doesn’t require much more than my kitchen table for space. 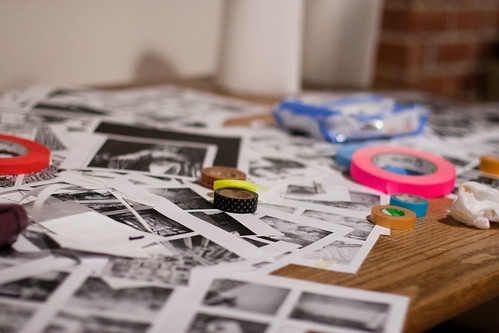 It was so wonderful to see how each person explored this new technique. 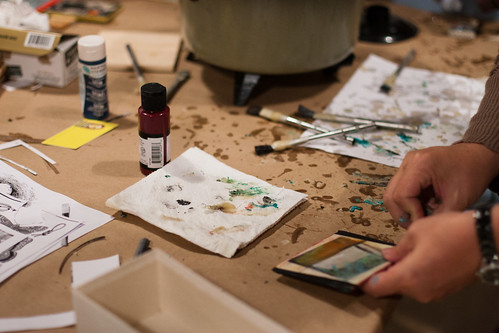 I love a good creativity mess. 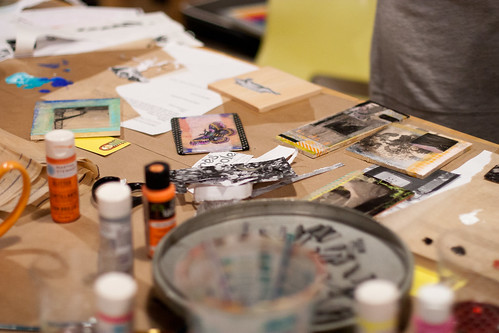 Our three hours went by incredibly fast, I think I could have been in all that good energy for another three! 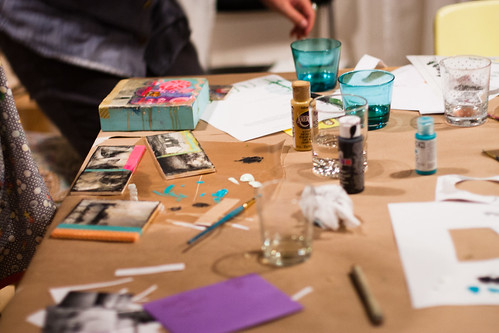 After class, I made my way back to the hotel- stopping first for In-n-Out, Animal Style Fries and a chocolate shake. Totally worth the calories. I burned some of them off the next morning during a run in the fog.
My plan for Saturday was to to not really have a plan. I knew I wanted to go into San Francisco and wander around with my camera(s), but other than that, I had only a vague idea of where and what I would do.. These weren’t the images I thought I would come away with, but I really like where my camera took me all the same. 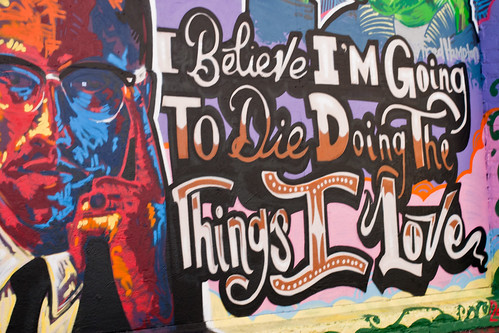 The Teahouse Girls gave me some good ideas on where to go, stores to wander and bakeries to try. They told me where good places to park were and to just have a great time. I loved that they ‘got it’ and encouraged me to just go enjoy. 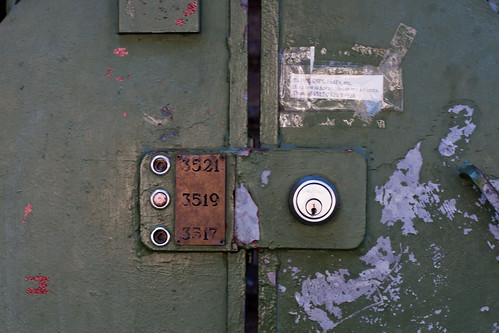 I didn’t have a map, I don’t really have a good sense of direction when I am away from home, but I decided I was just going to go for it. 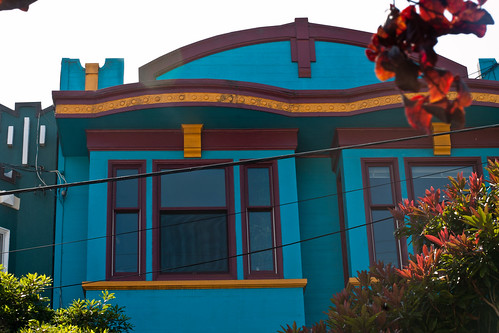 I realized as I was driving and getting totally lost, that if I just listened to myself, believed in myself, that I would eventually find where I needed to be. 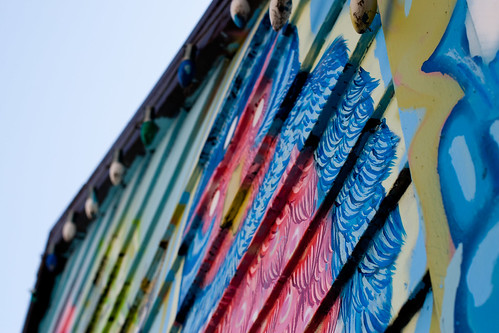 I followed the signs, stayed calm. If I missed my exit or took a wrong turn,  I could always back track. 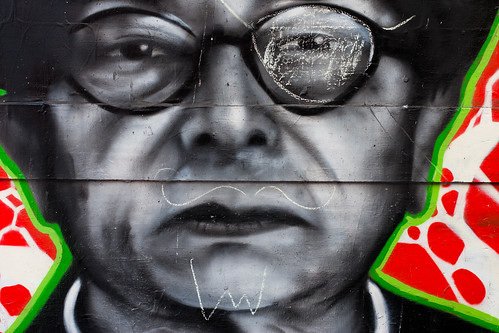 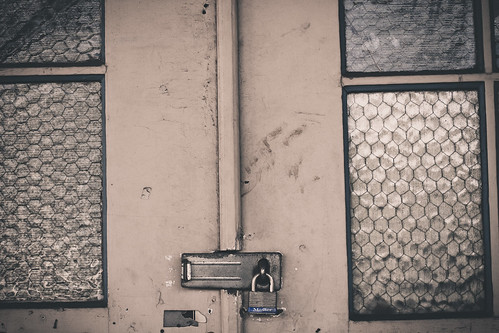 I wound up in the Mission District. What a colorful, busy place it is. 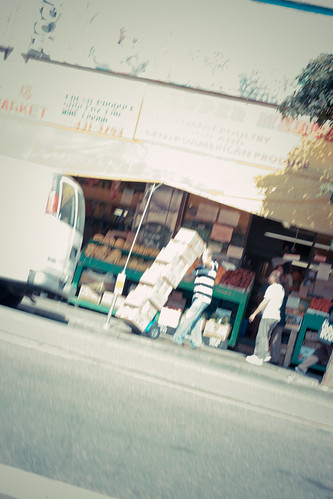 I didn’t take as many photos as I thought I would, but I loved taking in a part of the city that I hadn’t really spent time in before. 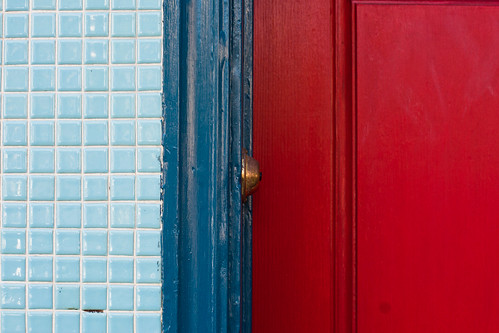 It was a warm and sunny day, everyone was out enjoying there Saturday. 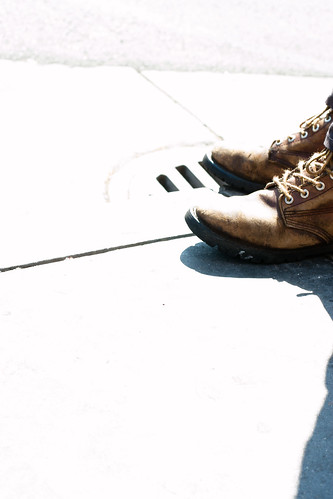 The people watching was phenomenal, but what I was really drawn to were patterns, shapes and colors. 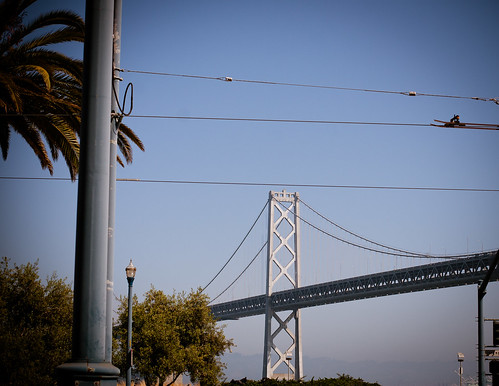 I drove home with pop songs blasting from the radio and the sun roof open. I decided that the best way to finish my trip was to stop at Donner Lake for a swim. 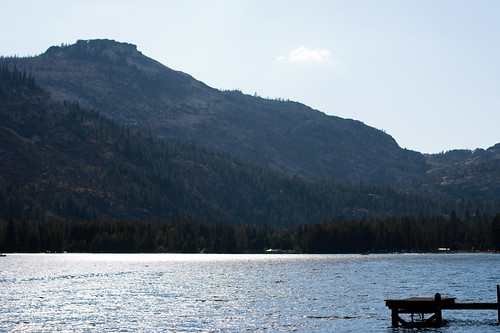 I hadn’t gotten into the lake all summer long, how had I let that happen?
I always feel like I can wash away anything when I hit that water. 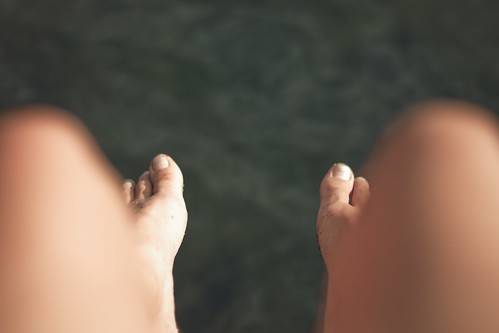 I waded in and then plunged in head first.Just like I had when I was a kid, with my eyes wide open under the water. When I came up I let the afternoon waves lap up on my face, the smell of the pine trees dance in my nose and the late afternoon sun shine on my skin. 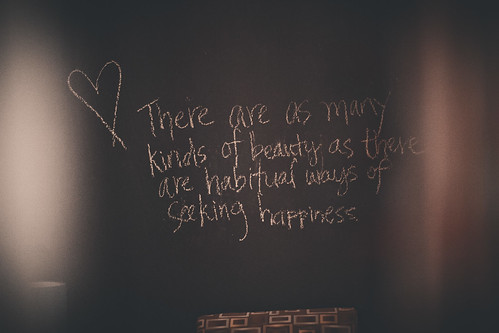 I drove the rest of the way home with nothing but my bikini and a sweat shirt on, soaking the lake water into the upholstery of my car. I turned off the music and just let my thoughts drift, they were surprisingly quiet and calm.
Just what I had hoped for.