My third race of this year… The Reno Color Me Rad.
I like having something to keep me motivated in the exercise department, but this was way more for the fun and awesome crowd energy then anything else.
I didn’t bring my camera, but man, there was some good shots wanting to be made…I wouldn’t have wanted to carry it for the entire 5K, and I would have been too worried about it’s safety with all that cornstarch flying around.
That said,  ere are few fun photos from the finish line… 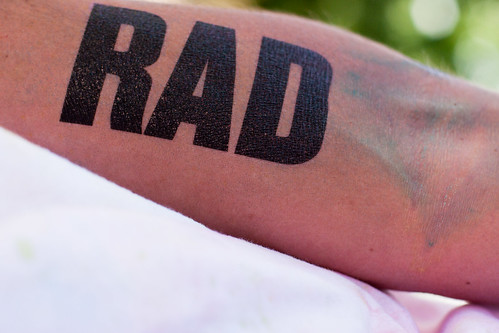 I met up with three friends from work and my best friend this morning after some chaos up at the starting line Finding anyone, including yourself in the sea of white t-shirts and sunglasses was hard!
After some mad texting, I finally found my crew. 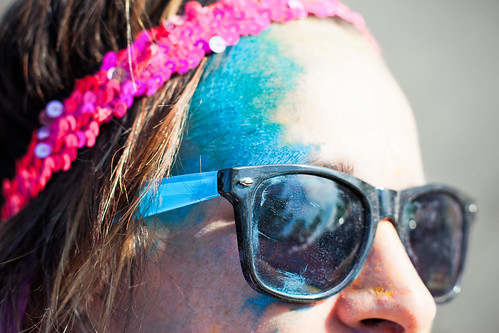 I totally forgot how hilly the UNR campus is, good thing I have been running up big hills with my coworkers the past couple of weeks, made it a lot easier. I have no idea what my time was, and really, it doesn’t matter. Just the fact that I have Rainbow Brite boogers and a giant (temporary) tattoo on my arm that says, “RAD” is enough for me. 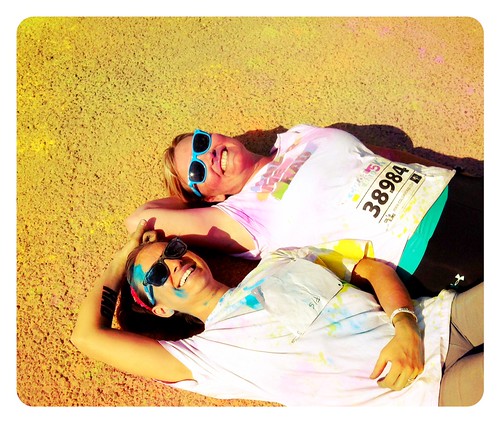