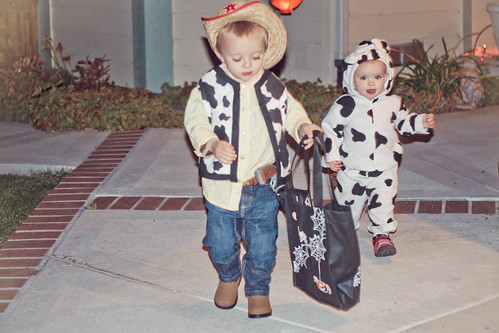 Halloween was a BLAST this year. O was totally into it, and so was Fifi.
The idea for his costume came about one night like this…
Him: Mom, I want you to make me a Woody doll.
Me: Oh, I don’t think I can do that.
Him, starting to cry: But I waaaaant you to make me a Woody Doll.
Me: I’m not sure I have a pattern to do that.
Lots of crying and tears.
In the middle of the night that he even woke up crying about it and asking me to make him a Woody Doll.
We got him to calm down and go back to sleep. A day or so later we were talking about it again and he says, “But Mom, you said you could make me a Woody vest. I want you to make ME a Woody doll.”
It all clicked, what he had been asking was for me to make him into Woody for Halloween. Well, duh! 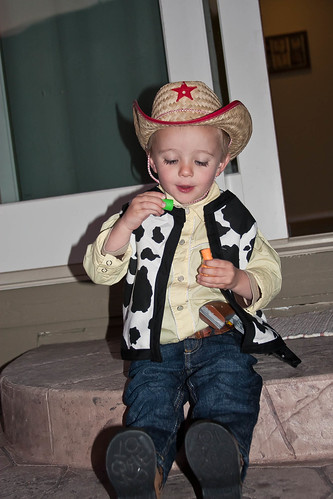 I love how his vocabulary is huge, but he doesn’t always have the right articulation or word order for it to all make sense to anyone but him. It can be frustrating, but sure does make for a good story later.
For O’s costume I pulled out the sewing machine, traced an existing vest and I made the vest. I had thrifted the cowboy shirt, and the hat a while back and found the boots and jeans at the store, which he can totally use this fall/winter, and stopped by the dollar store for a holster and star.
I was giddy as I pulled it all on him. 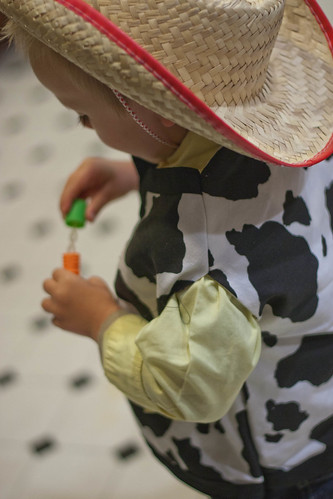 He looked adorable and was SO excited to be dressed up. Unlike last year, where we had to bribe him to just get into the two sizes too small pumpkin costume. 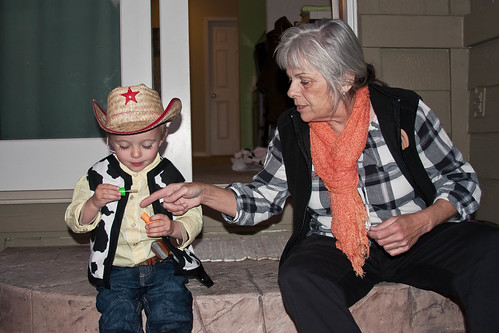 My girlfriend was nice enough to lend us a too small cow costume for Fifi and the theme was set. 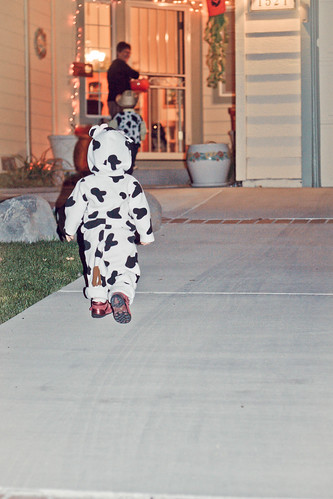 We are lucky enough to live in a neighborhood where there are lots of trick-or-treaters and the neighbors are really excited to see the kids in costume. Almost all of the neighbors had ‘special’ treats for our kids. It was sweet, pun totally intended. 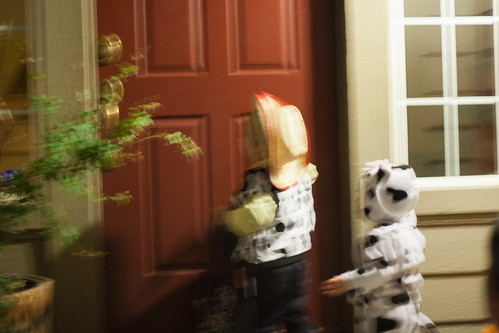 We did the loop around the cul-de-sac and called it good. The last thing we needed was a boat load of candy. That said, we still ended up with quite the bounty.
Let the sorting begin! 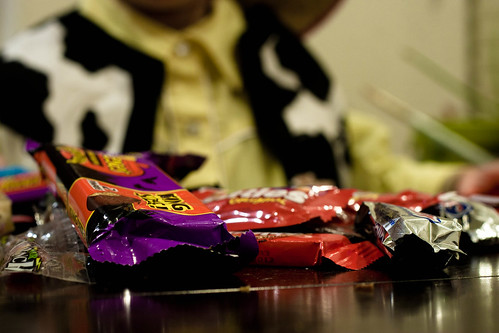 I hope you all had a wonderful Halloween, and a great Nevada Day!