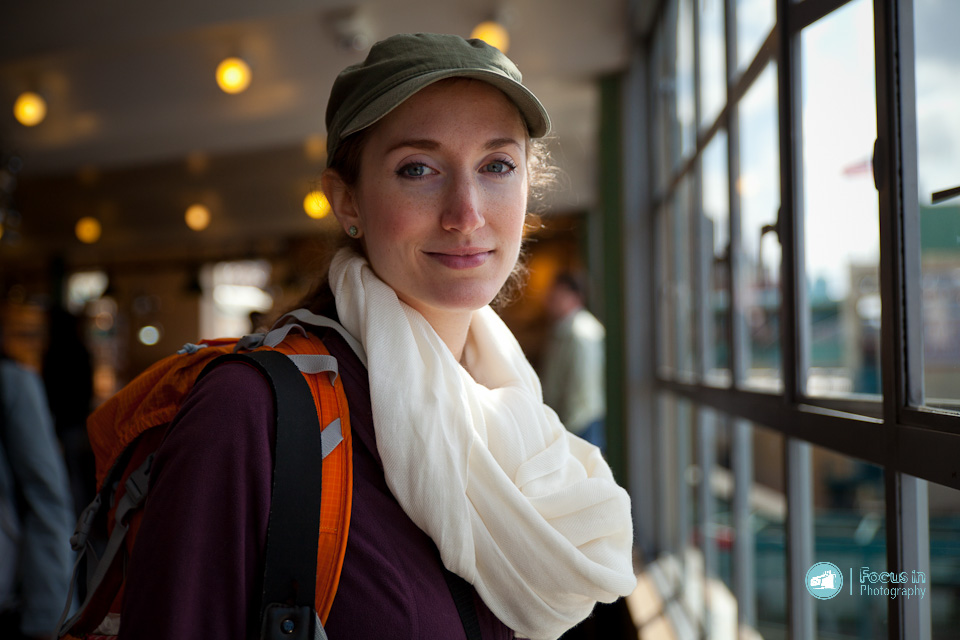 One of the best parts so far about moving up to Tacoma, is having a fellow Mortal Muse, Film Shooters Collective, and The Hours contributor who lives in the same city as me. I felt like I already knew Cara when we first met in person back in January. That’s a really nice feeling to have when you are in a place full of strangers.  I have not only a friend, but a fellow photographer who is willing to walk, explore, search for, and see beautiful light.  Plus, we both understand if one of us stops mid sentence, mid stride and pulls out one or more cameras before continuing on. Last Friday, I called Cara to see if she would be interested in joining me for the ride up to Seattle. A Reno friend was visiting and I thought she might like to get out and about with me. 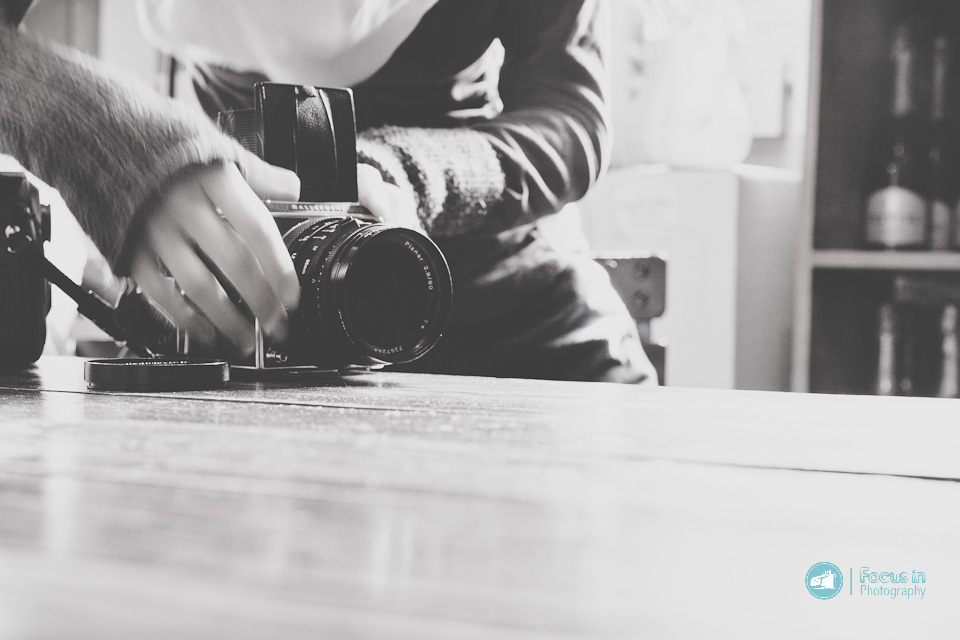 Watching another photographer at work is pretty special. Cara had several cameras with her on Friday and I had fun capturing images of her with using each one during the day. 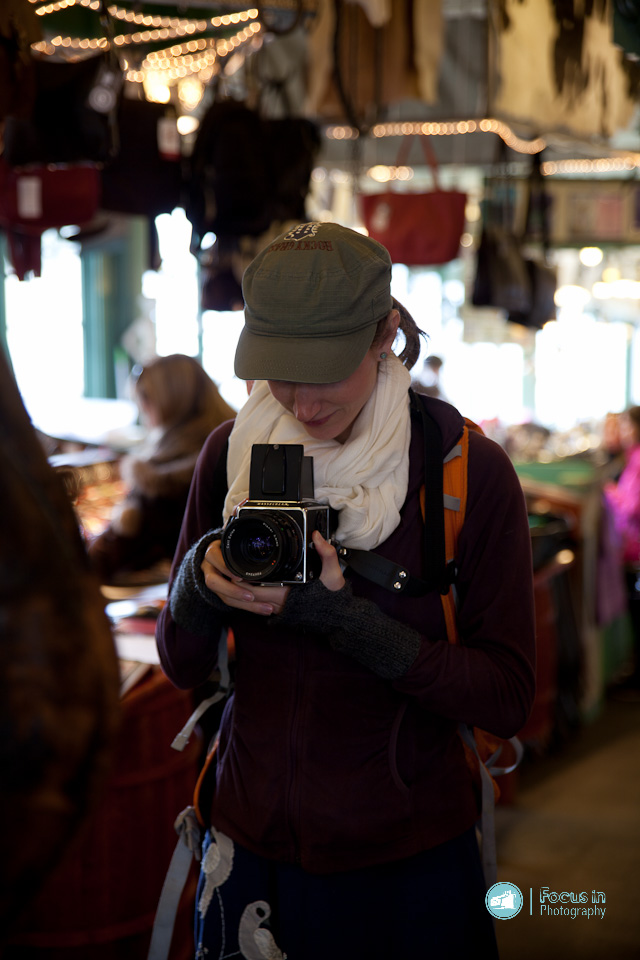 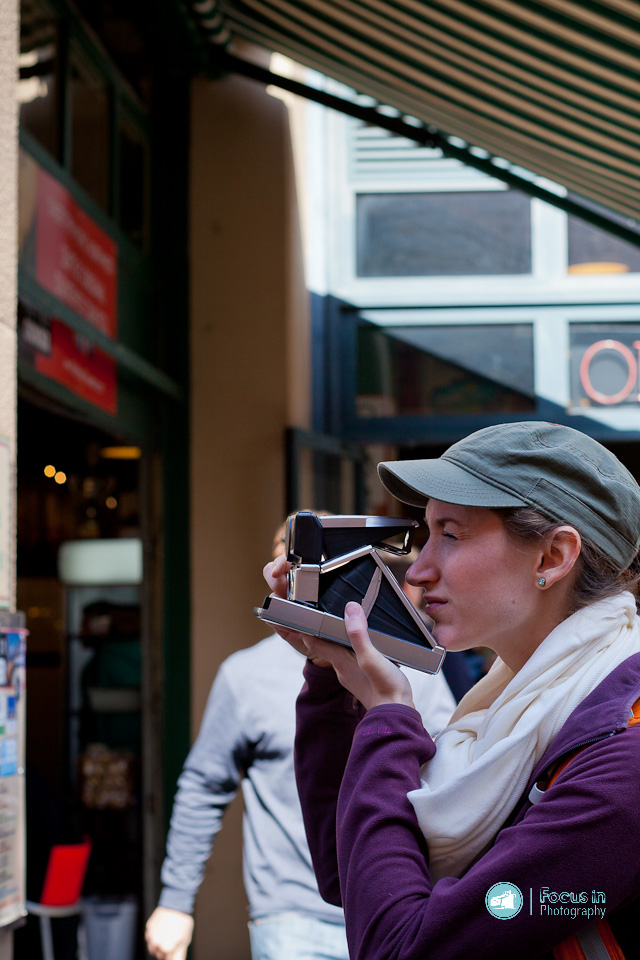 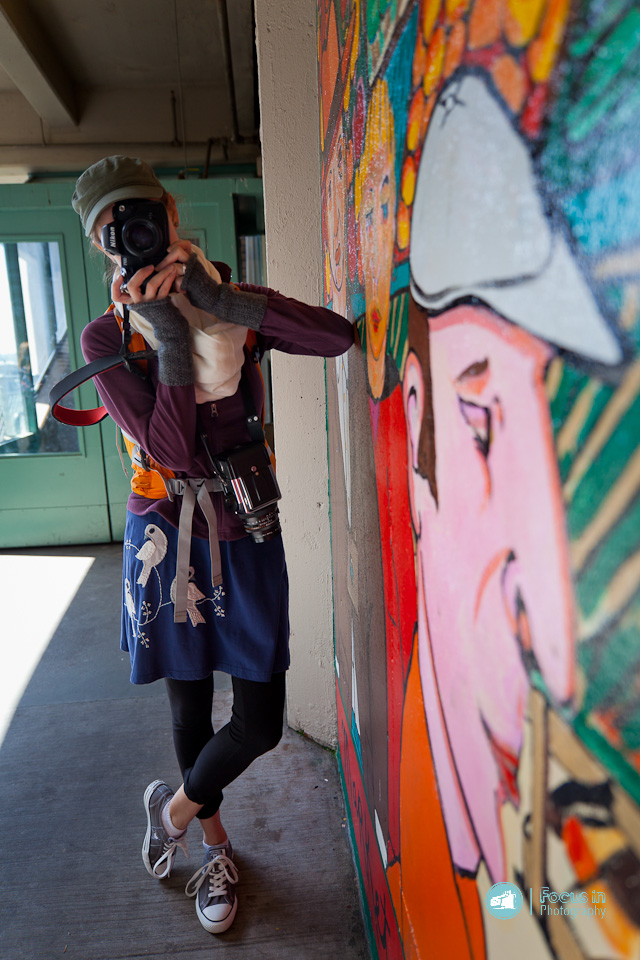 Shooting me with a Nikon (don’t worry, I was shooting her with a Canon, so I won.  (Just kidding, but one has to toss in the Nikon vs. Canon jabs when having a shoot off.)