Last month I attempted to take O to the Dinos and Dragons show at the Wilbur D May Museum. If you remember, it was sort of a bust because I got my dates mixed. We made up for it by going for fries and milk shakes. 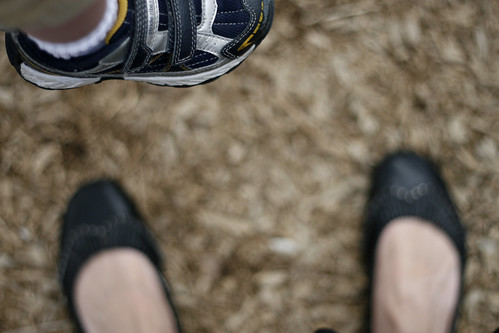 But today we decided to give it another shot and we actually made it to the show. It was a good way to celebrate his 2.5yrs birthday. (when I told him it was his half birthday today he told me “we need to make happy cake then!) Before hitting the museum, we went for a swing first at the park. Nothing like swinging “Up in the sky” to get your heart pounding and ready for seeing dinosaurs and dragons. (Will I ever tire of capturing his face when he is swinging? nope, pure joy)

We were the first people in the door when they opened the museum, and even though O was SO SO excited to check it out, as soon as he heard the ROAR of the dinos he wouldn’t budge past the entrance. 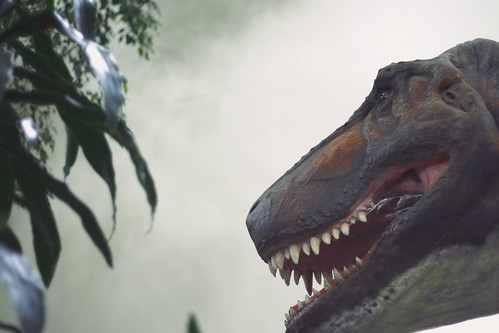 The gal told us there was another area to check out that might help him warm up to things. So we went over and looked at the dress up clothes and puppets. 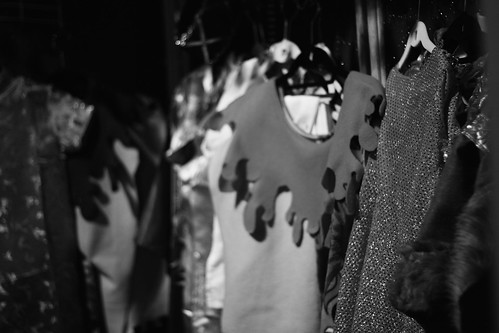 It took two more tries (and a few more kids to show up) before I could get him to even think about stepping into the exhibit area. I didn’t want to freak him out, but I knew once we were in, he would like it. I was right. 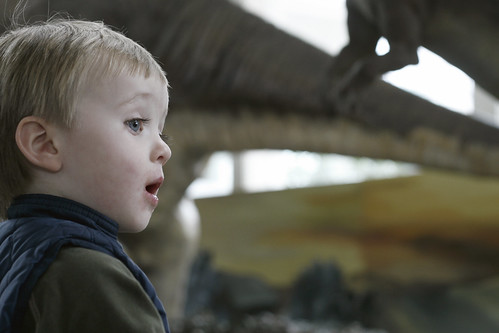 The show was a little small and a tad cheesy, but was pretty cool for the most part. They had an activity sheet for the older kids to follow as they made their way thru the show so I could see how that could really get them into it if the kids were of reading age. 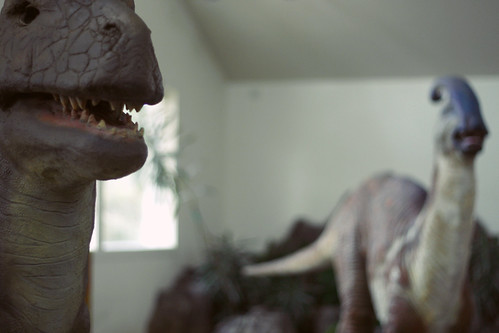 And I really liked how they linked the idea of dragons to dinosaurs. I also liked how they tied in different cultures, the dragon for the Chinese new year, Native American culture and the knights in shining armor saving his fare maiden from the beasties. 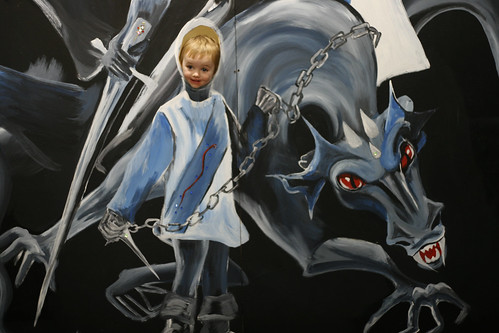 There was only one room I couldn’t talk him into going in because, “They are just too noisy.” Which is funny to hear coming from one of the loudest people I know. Silly boy. 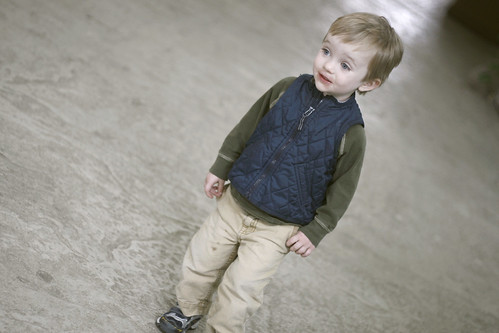 3 Comments → Dinos and Dragons, Oh my!