One of my goals for 2013 was to shoot more film, specifically, at least 12 rolls/packs. Judging the fact that the fine folks at Gordon’s Photo know me by face, name and phone number, I think I am filling the quota, and then some. I took so many photos during our camp trip with both the Yashica LM and the Polaroid 103. It felt good to have time to play with the film cameras, so good that I didn’t have the DSLR out nearly as much as I normally would have on a a trip like this. I am learning so much as I challenge myself to use film. I see the light differently, I am getting how judge that light and adjust my aperture and shutter speeds accordingly. Not all my shots come out, the film gets jammed or doesn’t get loaded in the first place (phantom film makes me sad), or the counter doesn’t start and my frames get off, but I still like what I see for the most part.
Now where to start?
How about at the Half Moon Bay, down at the very windy beach? I used the Yashica for these two photos. 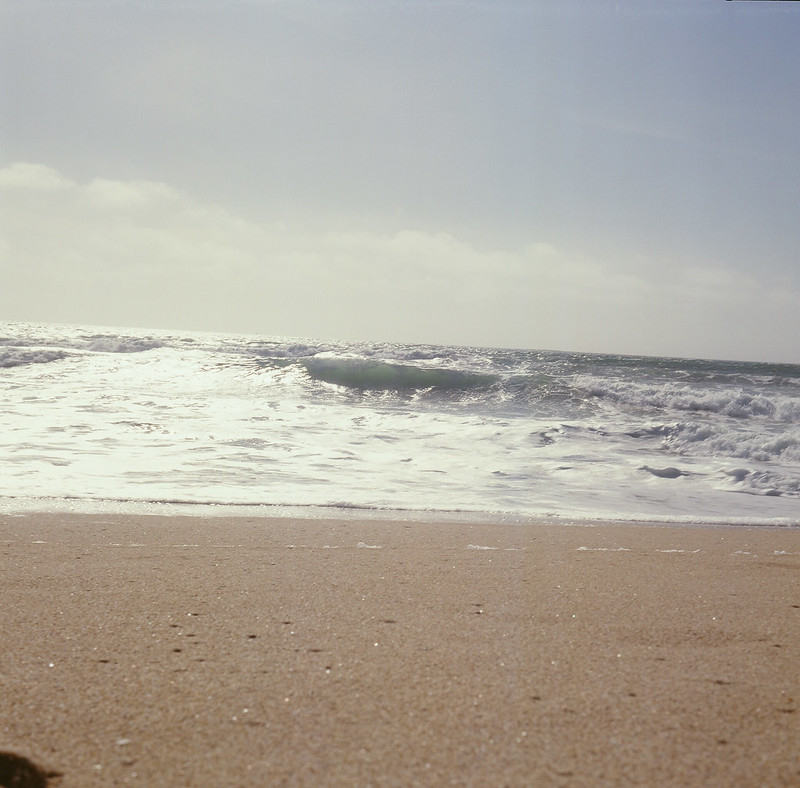 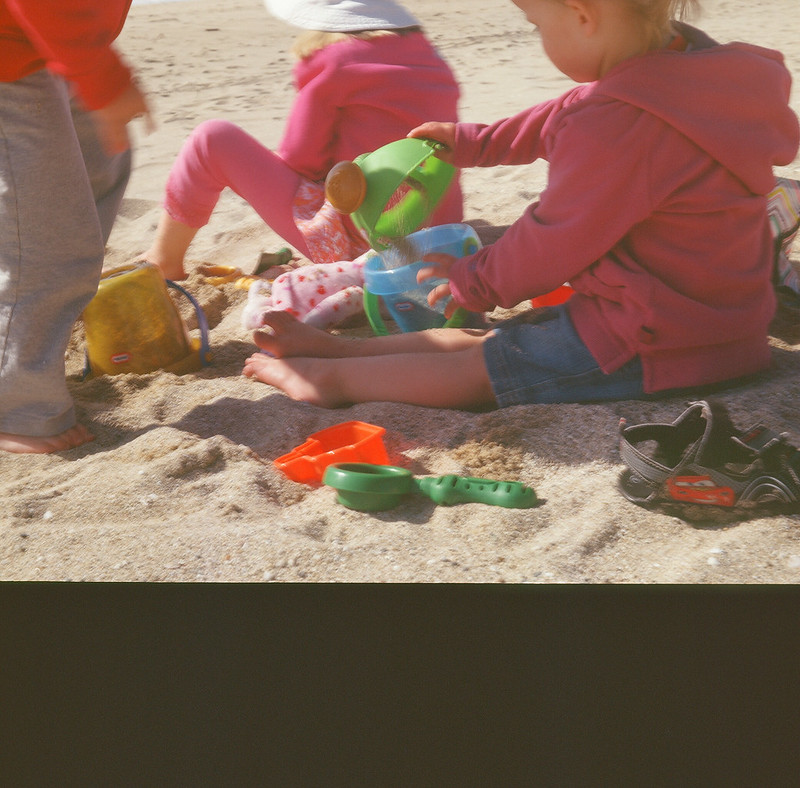 Then maybe a little bike riding down the camp ground’s “alley”? (Also shot these two using the Yashica) 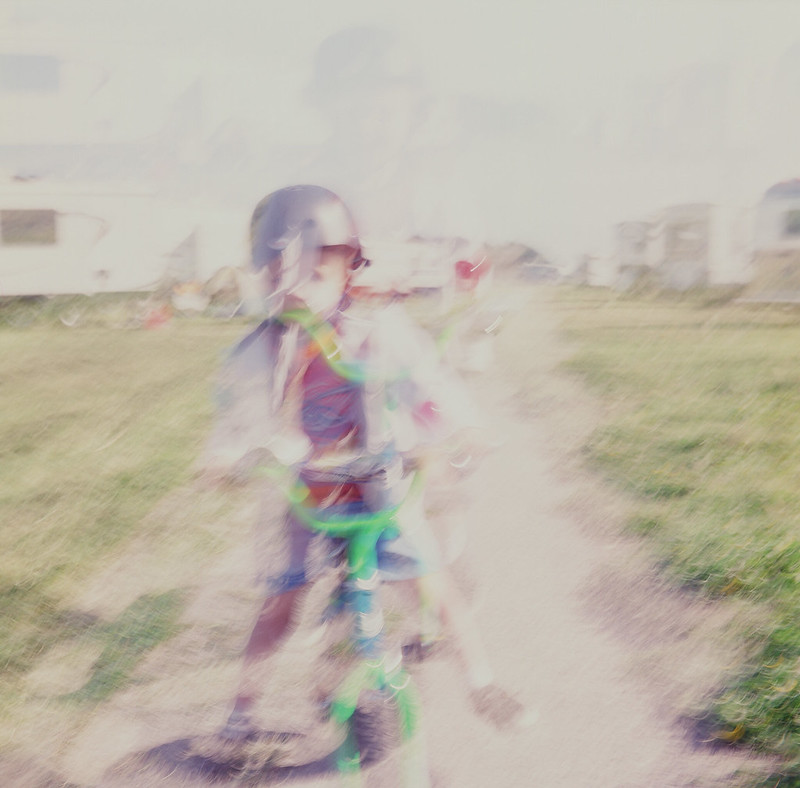 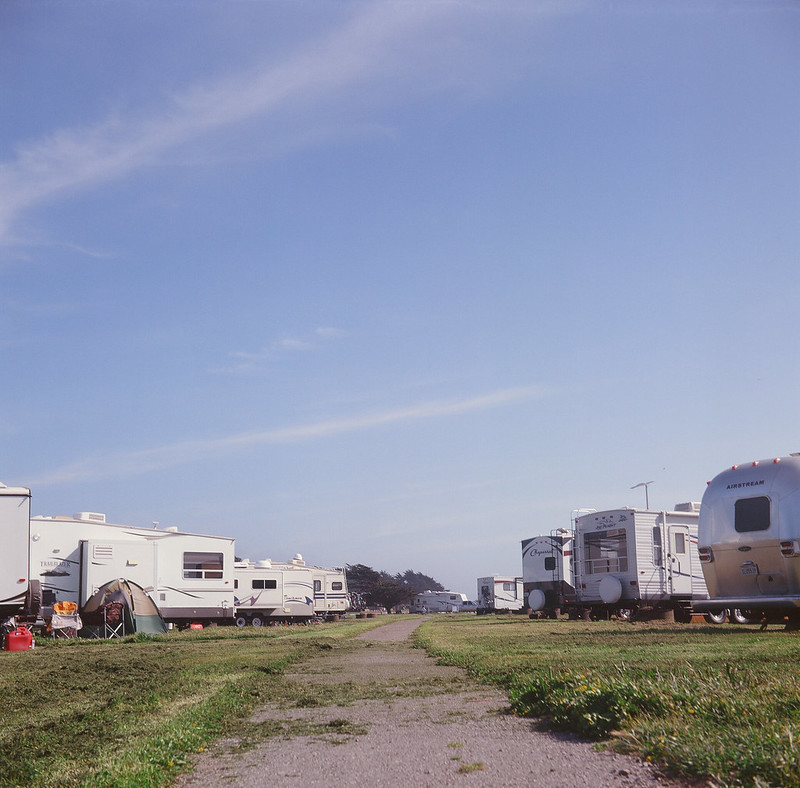 I  was able to sneak in some quiet time alone on the beach and got these two shots with the Polaroid. 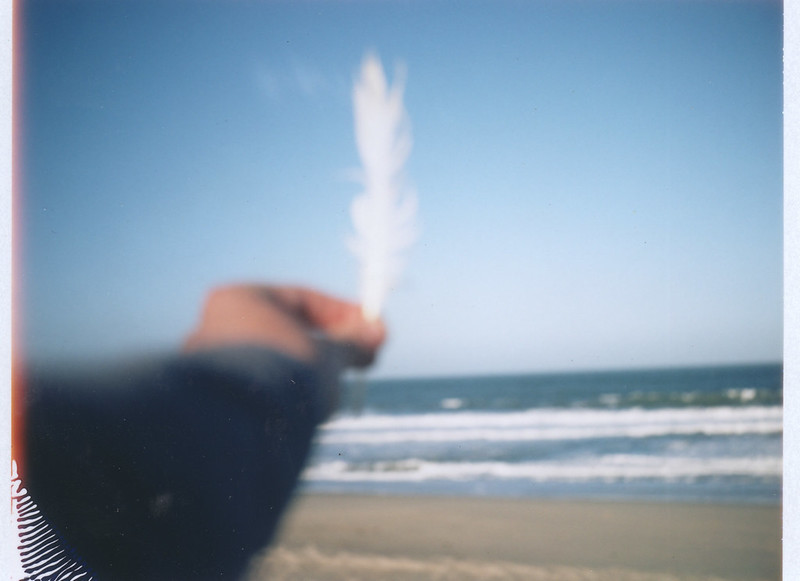 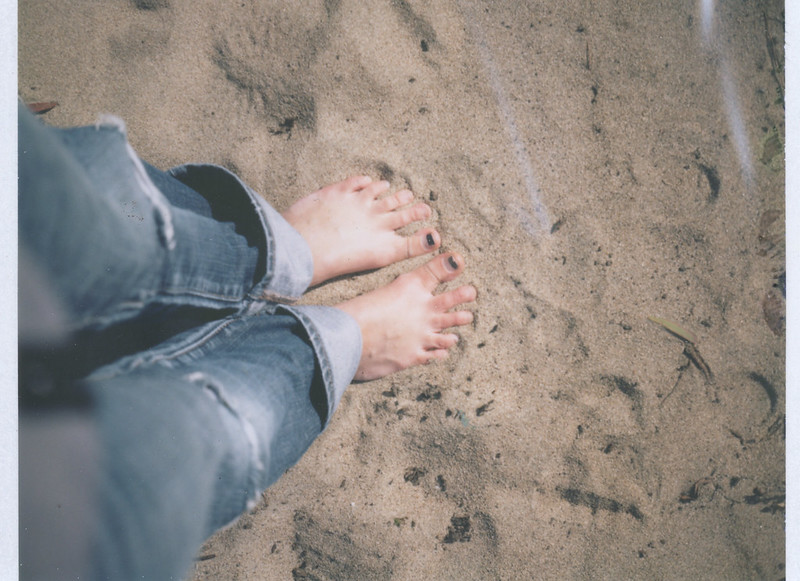 I will be sharing more each Friday, and might be sneaking some images up on my Tumblr site, an.a.log, in the next few weeks. So stay tuned!